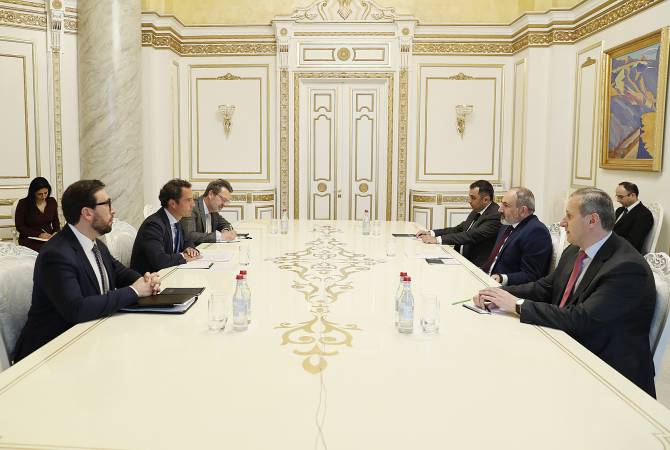 Welcoming Mr. Colomina’s visit, the Prime Minister noted that Armenia attaches importance to the partnership with NATO, especially within the framework of peacekeeping missions and is interested in deepening it. Touching upon the regional situation, Nikol Pashinyan noted that it is quite tense, and Armenia is taking steps to resolve the existing problems, considering necessary the support of international partners to that process.

Javier Colomina, thanking for the reception, noted that Armenia is an important partner for the NATO and conveyed the greetings of NATO Secretary General Jens Stoltenberg to the Prime Minister of Armenia. He stressed that the North Atlantic Alliance highly appreciates the activities of Armenian peacekeepers in the Kosovo peacekeeping mission, and his visit is an opportunity to discuss the prospects of partnership, as well as regional developments. Mr. Colomina noted that NATO is committed to peace and stability in the South Caucasus and is ready to assist in that process.

The interlocutors exchanged views on the Armenia-NATO partnership. The sides also touched upon regional and international security issues and the situation around Nagorno Karabakh.

The Prime Minister presented Armenia's positions on the delimitation and demarcation of the Armenian-Azerbaijani border, the settlement of the Nagorno Karabakh conflict, the unblocking of communication routes, and the Armenia-Turkey dialogue process. Nikol Pashinyan referred to the agreements reached as a result of the meetings mediated by international partners and stressed once again the importance of the international community's targeted response to actions aimed at destabilizing the region.