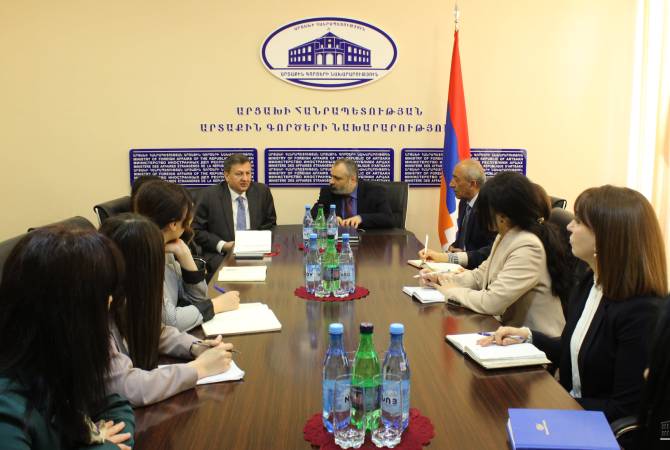 Issues related to global and regional processes, the Azerbaijani-Karabakh conflict, the foreign policy of the two Armenian Republics and a range of other topics were discussed during the meeting.

The Minister highly appreciated the place and role of the Diplomatic School in training Armenian diplomats, noting with satisfaction that a large number of Artsakh diplomats also attended professional courses at the school.