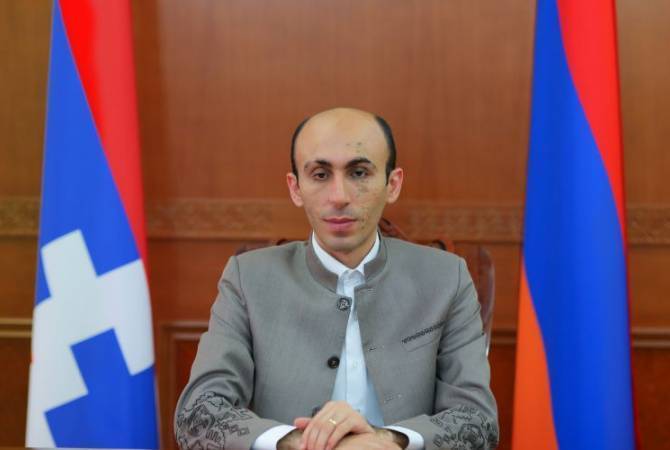 
STEPANAKERT, APRIL 14, ARMENPRESS. State Minister of the Republic of Artsakh Artak Beglaryan commented on the recent statements and fake claims made by Azerbaijani President Ilham Aliyev.

“The President of Azerbaijan Ilham Aliyev made new statements and fake claims over Artsakh on the April 12th at the Government session.

Despite Aliyev’s statement, the Azerbaijani-Karabakh conflict has not been settled, and it should be done with international support primarily through unconditional and unlimited realization of right to self-determination of the Artsakh people.

In addition to legal and historical sufficient basis, the genocidal policy against Armenians and systemic policy of Armenophobia by Azerbaijan especially in the recent 34 years are additional reasons to say that Artsakh cannot be a part of Azerbaijan with any status.

The armed forces of Artsakh have never shot at the direction of Khachen reservoir and Akna (Aghdam) from Parukh and Karaglukh, and if Aliyev has contrary evidence, he can publish it. Instead, prior to the Parukh occupation the Azerbaijani side was provoking by firing with mortars at civilian communities.

It is not a “good will” to deliberately explode the gas pipeline and then restore it with delays”, the State Minister said in a statement on social media.