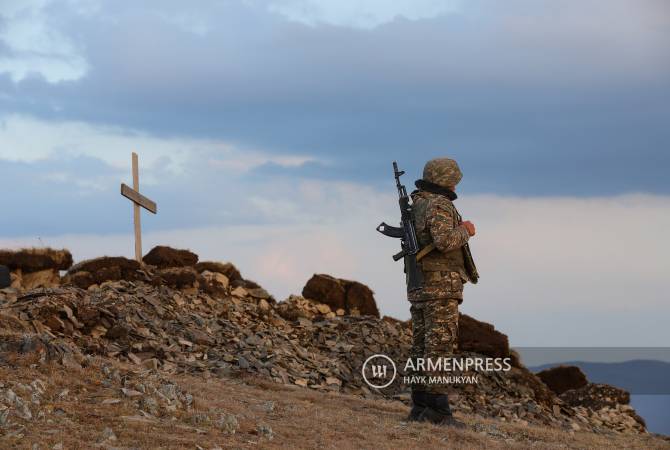 
STEPANAKERT, APRIL 13, ARMENPRESS. The serviceman of the Artsakh Defense Army who was wounded from Azerbaijani fire in Parukh is in stable condition, a source close to the authorities in Artsakh told ARMENPRESS.

The source said that the situation in Parukh is calm.

The Azeri shooting in Parukh left one Artsakh soldier wounded.

On April 12, the Russian peacekeeping forces in Nagorno Karabakh officially accused Azerbaijan in violating the ceasefire.

The incident was resolved by the peacekeeping contingent’s command in cooperation with the militaries of both sides.