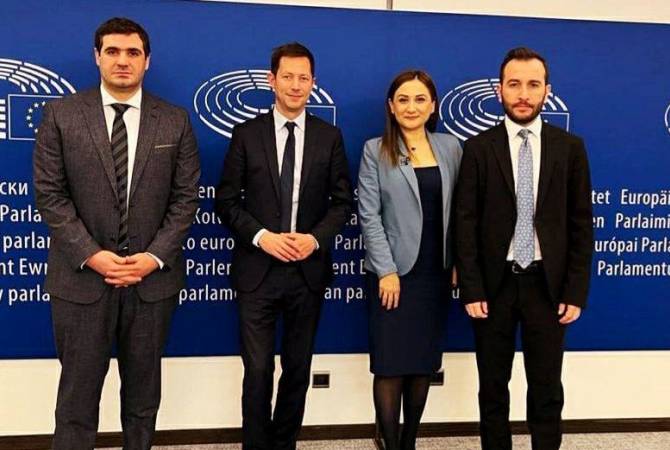 
YEREVAN, 30 MARCH, ARMENPRESS. Continuing the meetings in the European Parliament, head of “Civil contract” faction Hayk Konjoryan, Chairman of the Standing Committee on European Integration of the National Assembly Arman Yeghoyan and member of the Armenian delegation to the PACE Arusyak Julhakyan on March 30 had discussions with the Vice-Chair of the Delegation to the EU-Armenia Parliamentary Partnership Committee Kosma Złotowski, the members of the European Parliament François-Xavier Bellamy and Viola von Cramon-Taubadel.

The situation in Artsakh and the ongoing provocations by Azerbaijan were at the core of the discussions.

The Armenian MPs called on their European counterparts to take concrete measures to prevent provocations of Azerbaijan and to de-escalate the situation in Artsakh.