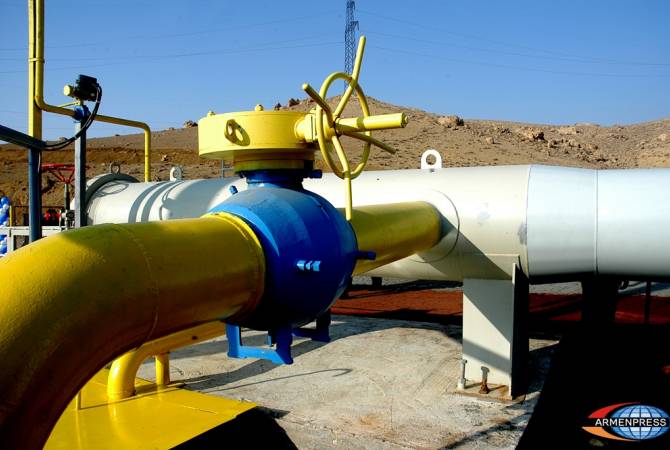 
YEREVAN, 23 MARCH, ARMENPRESS. The possibility of Armenia paying for Russian gas in rubles is being discussed, ARMENPRESS Deputy Prime Minister of Armenia Mher Grigoryan said during the question-answer session with the members of the government in the National Assembly, referring to the question of Sergey Bagratyan from the "Civil Contract" faction.

Referring to the expected ecoomic hardships, the MP asked what steps the Government takes to meet them.

“We had a session of the EEU Council, this issue has been discussed for quite a long time, because it will not be possible to solve all the problems only with local production, it is not possible objectively and physically. No matter how much we think, no matter how much we change the configuration of reserves, however, the movement of goods must take place, at least in the EEU, in order to fully solve these problems. And it does not refer only to Armenia. There is a clear agreement that by March 25, the Commission must calculate the mutual balances, determine the quota flow that will be necessary to ensure food security of the EEU countries," Deputy PM Grigoryan said.

According to him, all possible incentives should be applied to stimulate local production, particularly in terms of basic necessities and food. According to the Deputy Prime Minister, it is obvious that there will be a shortage in the region, not due to production shortages, but due to logistical and transport problems. "But I think that the problem is manageable and solvable, and at the moment I can say with confidence that the EEU countries are discussing this issue in a very consolidated way," Grigoryan said.

Sergey Bagratyan also inquired whether there is an opportunity to discuss with Russia a certain period of payment in rubles for gas.

"Yes, it is being discussed, because the issue of the currency of the EEU customs duties is also being discussed. The countries also present their proposals on the agenda of the discussion. And, of course, the countries first of all make proposals that, in parallel with the solution of this issue, to also solve the issue of instruments exporting foreign currency in exchange for the largest imports. Now I can not promise that the issue will be solved, because there are objective reasons, but today this issue is being discussed in the public sphere, and at some point it will come to the agenda," the Deputy Prime Minister stated.

Referring to the food problem, he said that there is no shortage of goods in the EEU.