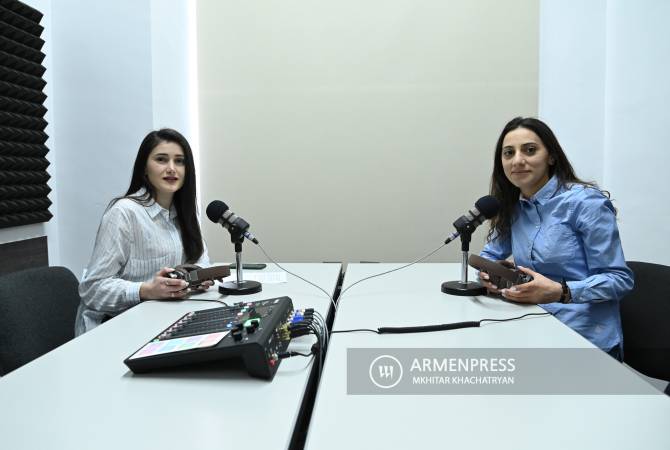 
YEREVAN, FEBRUARY 28, ARMENPRESS. In recent period the amount of plastic waste on the planet Earth has been gradually increasing which could result in devastating consequences. Currently, a number of scientists and specialists are trying to find various solutions to decompose, recycle and minimize the use of plastic.

Bacteriologist Sona Nikolyan, holding Master’s Degree in biochemistry, microbiology and biotechnology at the Yerevan State University, has created a new program to prevent all the aforementioned problems. According to the program, the plastic waste will serve as a raw material for getting ecologically clean biological materials.

Presenting the creation and the importance of the program, Sona Nikolyan told Armenpress that during her studies she examined the bacteria that eliminate plastic. Later, during the course on industrial microbiology, which said that it is necessary to find as cheap material as possible based on which any production will be created, by minimizing the costs as much as possible, she decided to use the plastic waste.

“For that reason I thought that the waste could be used as a production material, and my idea became more complete. At the beginning I was studying the bacteria eliminating the plastic, later I understood that the plastic could be used as a raw material for the production of biosurfactants. The implementation of this program will help to recycle plastic quickly and in an affordable way and get biosurfactants which are surfactants of microbial origin. For example, when we use soaps and other cleaning products in economy, they are also considered as surfactants, but my goal is to get these cleaners from biological bacteria, not through chemical means”, she said.

According to her, this program could help to get for instance soaps and cleaners from plastic recycling, the advantage of which will be that they will be natural and harmless cleaning products.

“The peculiarity of the program is that bacteria are used as a producer, and waste, which has caused serious problems to humanity and nature, is used as a raw material. Therefore, I would like very much for my program to develop further and to have an opportunity to implement it”, Sona Nikolyan said.

The program is still at a concept stage, no practical experiments have been carried out. It has been submitted for the “100 Ideas for Armenia” project and has been included in the final.

“100 Ideas for Armenia” competition is a youth program organized by the Ministry of Education, Science, Culture and Sport aimed at creating interest among youth engaged in science and proposing innovative ideas.