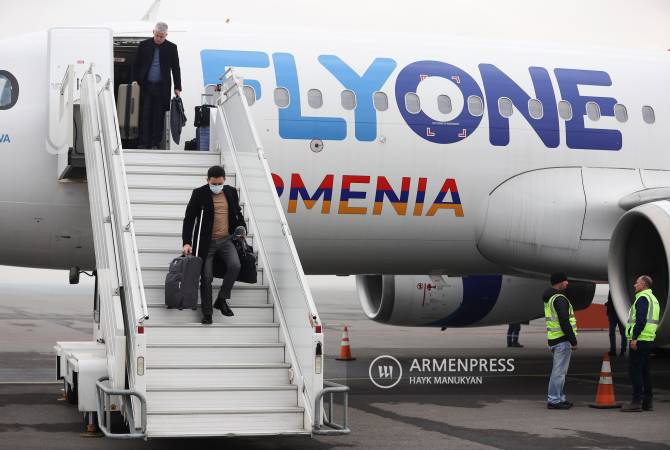 
YEREVAN, JANUARY 27, ARMENPRESS. Flyone Armenia says the politicization of the air tax exemption for its upcoming Yerevan-Istanbul flights is inappropriate.

In response to ARMENPRESS’s request to comment, Flyone Armenia Chairman of the Board Aram Ananyan said the exemption is being granted to any newly launched route. “Any given newly launched route is being granted such privilege. And from this perspective the explanations given by the Armenian aviation authorities are more than clear,” Ananyan said, referring to the Civil Aviation Committee’s statement.

“In this regard the distortion of the matter’s content is totally inappropriate,” he added.

11:29, 05.19.2022
2778 views U.S. recognizes role of population of Nagorno-Karabakh in deciding its future–Ambassador Tracy’s interview to ARMENPRESS