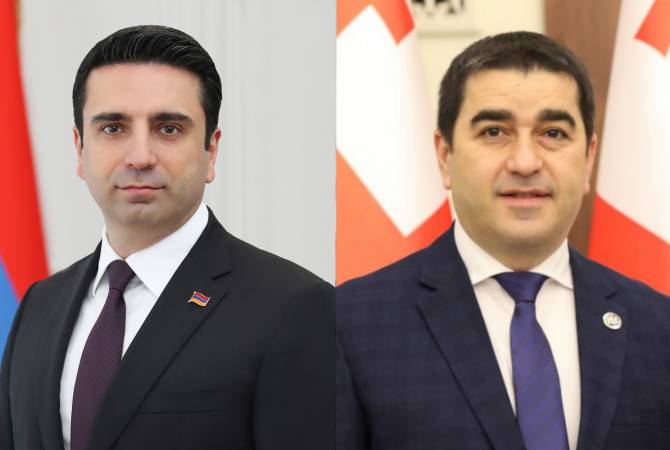 
YEREVAN, 26 JANUARY, ARMENPRESS. The President of the National Assembly of the Republic of Armenia Alen Simonyan had a telephone conversation with the Speaker of the Georgian Parliament Shalva Papuashvili on January 26.

As ARNMENPRESS was informed from the press service of the National Assembly of Armenia, Alen Simonyan congratulated his counterpart on being elected parliament Speaker and on birthday.

13:12, 05.10.2022
2483 views Armenia’s proposals handed over to Azerbaijan in Brussels include also status, security of Artsakh – Ambassador-at-large