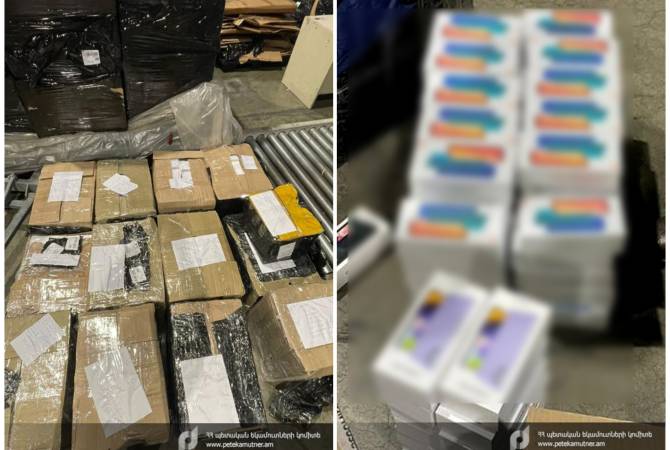 The State Revenue Committee (SRC) said that its detectives were tipped off that smugglers will be attempting to bring in the cargo from a Eurasian Economic Union member-state through a postal service company.

SRC officers found the 1328 mobile phones worth nearly $600,000 at the cargo storage facility of the Yerevan’s Zvartnots airport. The cargo was smuggled by air from Russia, with all parcels having the same labels. Apart from mobile phones, the smugglers attempted to import tablets, e-cigarettes and accessories for mobile phones.

The cargo was confiscated amid a criminal investigation, the SRC said.

11:29, 05.19.2022
3154 views U.S. recognizes role of population of Nagorno-Karabakh in deciding its future–Ambassador Tracy’s interview to ARMENPRESS