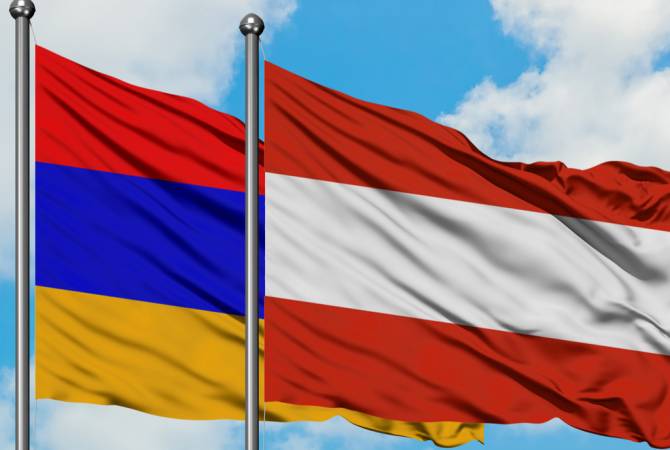 
YEREVAN, JANAURY 24, ARMENPRESS. Armenia and Austria are celebrating the 30th anniversary of the establishment of diplomatic relations.

Diplomatic relations between Armenia and Austria were established on 24 January 1992. On this day the two countries adopted a joint statement about the establishment of diplomatic ties.

Armenia and Austria are cooperating both at bilateral format and also within international organizations, such as UN, OSCE, etc.

During these 30 years the Armenian and Austrian governments signed 12 agreements on mutual cooperation, mutual support and partnership, as well as 6 memorandums of understanding and cooperation.

So far, a total of 14 official visits from Armenia to Austria were conducted, also at the level of presidents and prime ministers. The last one was Prime Minister Nikol Pashinyan’s working visit in March 2019. During this visit the PM should have to negotiate with the Azerbaijani President by the mediation of the OSCE Minsk Group Co-Chairs. Pashinyan also met with President of Austria Alexander Van der Bellen.

Armenians settled in the territory of the Austrian Empire back in the 17th century. The Armenian community has been supplemented after the 1915 Armenian Genocide. According to open sources, currently nearly 7000 Armenians live in Austria, mostly in Vienna. There are the St. Savior and St. Hripsime Churches in Vienna, the College of Theology of the Mekhitarist Congregation and the Hovhannes Shiraz Saturday classes.

Cyrill Demian (1772–1849) was an Armenian inventor of Armenopolis origin who made his living as an organ and piano maker with his two sons, Karl and Guido, in Vienna, Austria. On May 6, 1829, Cyrill and his sons presented a new instrument to the authorities for patent - the accordion. The patent was officially granted on May 23, 1829. Demian’s instruments are currently on display at the Vienna House of Music.

Austria recognized the Armenian genocide on April 22, 2015 when all six factions of the Parliament adopted a joint statement recognizing and condemning the Genocide of Armenians.