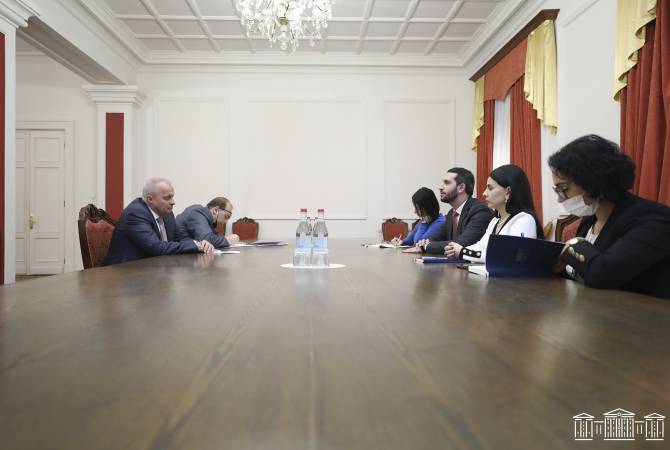 
YEREVAN, JANUARY 21, ARMENPRESS. Vice President of the National Assembly of Armenia, Special Representative of Armenia for the Armenia-Turkey dialogue Ruben Rubinyan received Ambassador of the Russian Federation to Armenia Sergey Kopirkin on January 21.

The parties highly assessed the Armenian-Russian allied relations and attached importance to their continuous development.

The Vice President of the National Assembly assessed the first meeting of the special representatives as constructive, noting that the Armenian side is interested in solving specific problems through a substantive process.

The Ambassador assured that the Russian side will continue making efforts for the normalization of Armenia-Turkey relations.