Parliament debates candidacy of Kristine Grigoryan for position of Ombudsman 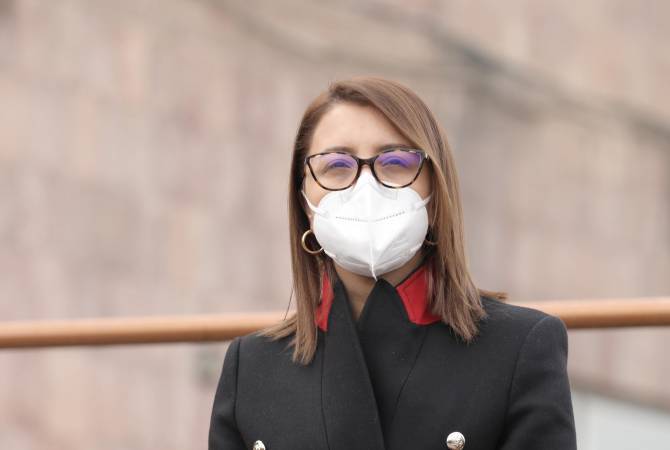 The parliamentary standing committee on protection of human rights and public affairs proposed Kristine Grigoryan’s candidacy for the position of the Ombudsman.

Mrs Grigoryan has been nominated by the ruling Civil Contract faction.

Introducing the candidate for the Ombudsman, lawmaker from the Civil Contract faction Vladimir Vardanyan said that Kristine Grigoryan has a higher education in two specialties – Oriental studies and Law. She has an experience of professional work for more than 12 years, mainly in the public administration system, such as the justice ministry, the parliament’s staff and the office of the first deputy prime minister. In July 2019 she was appointed deputy minister of justice, and since April 2021 she has been serving as the first deputy minister of justice. Grigoryan was relieved from the position of the first deputy justice minister on January 20, 2022.

11:29, 05.19.2022
2646 views U.S. recognizes role of population of Nagorno-Karabakh in deciding its future–Ambassador Tracy’s interview to ARMENPRESS