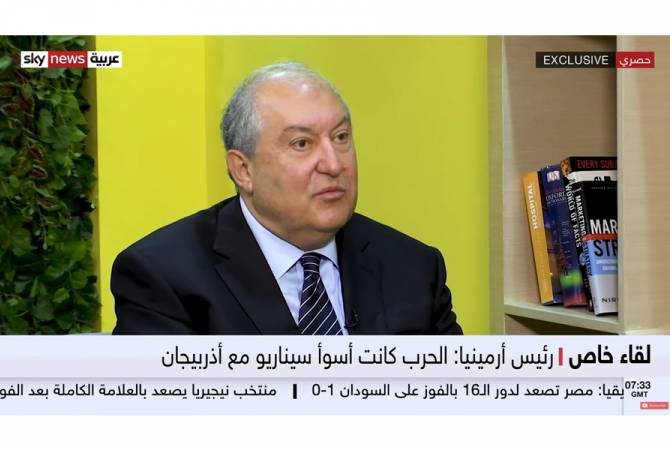 
YEREVAN, JANUARY 21, ARMENPRESS. President of Armenia Armen Sarkissian gave an interview to Sky News Arabia during his visit in the United Arab Emirates, touching upon the regional developments and Armenia’s relations with Turkey and Azerbaijan, the Presidential Office reports.

The President said that negotiations are the way leading to sustainable future and stated: “I hope this time Armenia and Azerbaijan will be able to create a sustainable peace through compromise. But that’s difficult”.

As for the relations with Turkey, the Armenian President said pragmatism and sustainability suppose normal relations with the neighbors, and there is no other way rather than talking. At the same time, the President emphasized that it’s impossible to ignore the historical facts, move on without the support of the Armenian Diaspora which has been formed as a result of the Genocide. Armenia is a small state, but much bigger nation worldwide, he said.