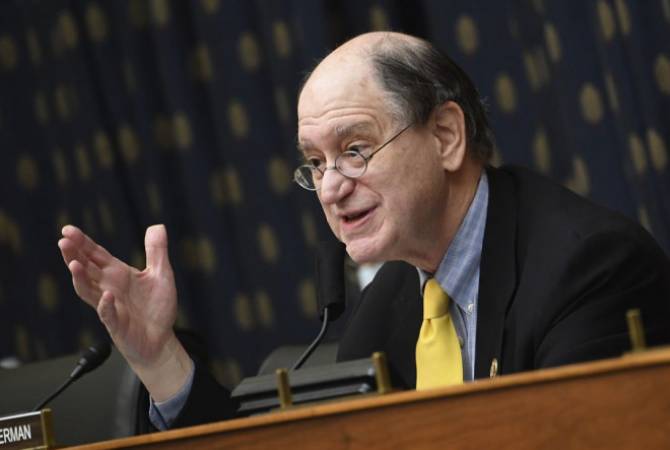 The order was bestowed upon Sherman by the Armenian Ambassador to the U.S. Lilit Makunts and the Speaker of Parliament of Armenia Alen Simonyan, who is on a visit to the U.S.

“I was honored to receive Armenia’s State Order medal from Armenian Ambassador to the U.S. Lilit Makunts and President of the Armenian National Assembly Alen Simonyan.

The State Order medal commemorates the establishment of diplomatic relations between Armenia and the United States; it was awarded to me by the decree of Armenian President Armen Sarkissian for my efforts to strengthen the U.S.-Armenia relationship.