Commission on delimitation and demarcation not formed yet, the conditions are being discussed – Armenian FM | ARMENPRESS Armenian News Agency

Commission on delimitation and demarcation not formed yet, the conditions are being discussed – Armenian FM 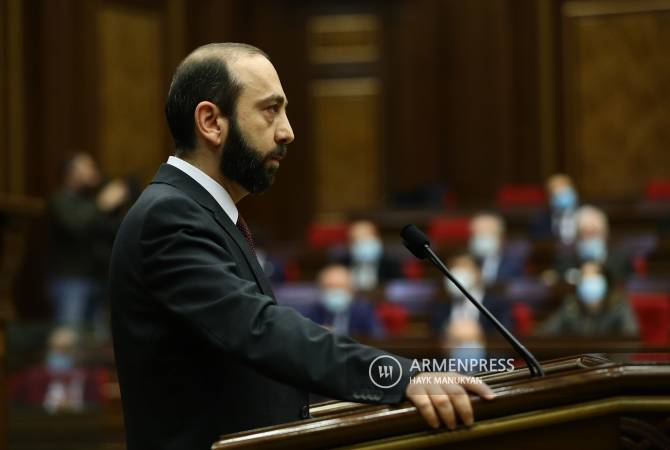 
YEREVAN, JANUARY 19, ARMENPRESS. A bilateral commission on the delimitation and demarcation of Armenia – Azerbaijan border has not been formed yet, the conditions are being discussed, there are certain circumstances to be clarified, ARMENPRESS reports Foreign Minister of Armenia Ararat Mirzoyan said in a parliament-Cabinet Q&A session, answering the question of MP Taguhi Ghazaryan from “Civil Contract” party if there are any concrete agreements on setting the commission.

"A delimitation and demarcation commission has not been formed yet, the conditions under which that commission can start working are being discussed. We are convinced that unless concrete mechanisms are put in place, concrete steps are taken to increase border stability and security, mechanisms to help prevent further collisions, intentional or sometimes accidental, for technical reasons, this commission will have difficulty to be formed and to work”, Mirzoyan said.

There is no clarity on the specific dates of the establishment of the commission, but, according to the Minister, there is a perception that the process will start in the near future. There are certain circumstances to clarify and agree on. After that, the commission can be formed and work.

Last year, based on the results of the trilateral meeting in Sochi, an agreement was reached on the establishment of a bilateral commission with the consultative participation of the Russian Federation.