FM Mirzoyan clarifies what proposal Armenian side made to Azerbaijan 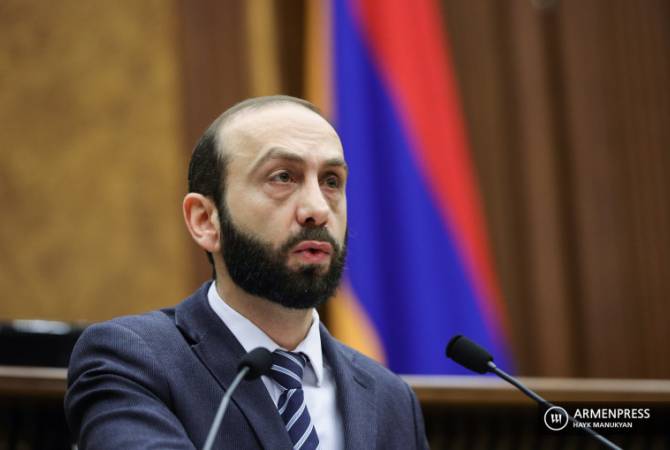 
YEREVAN, JANUARY 19, ARMENPRESS. The Armenian side has prepared a package of measures aimed at de-escalating the situation on the Armenia-Azerbaijan border zone, reducing the tension and increasing the level of security and stability and conveyed it both to the Russian side and at Russia’s mediation to Azerbaijan and partners, Foreign Minister Ararat Mirzoyan said during the Q&A session in the Parliament.

In her question lawmaker from the ruling Civil Contract faction Hripsime Grigoryan reminded that on January 14 Russian foreign minister Sergei Lavrov said at a press conference that during his phone talk with the Armenian FM the Armenian side presented new proposals which have already been sent to Azerbaijan. The MP was interested in what proposals the talk is about and whether there is already a reaction from Baku.

FM Mirzoyan confirmed the statement of his Russian counterpart about the proposal of the Armenian side.

“Yes, the Armenian side has prepared a package of measures aimed at the de-escalation of the situation on the Armenia-Azerbaijan border zone, the reduction of tension and the increase of the level of security and stability and transferred it both to the Russian side, and to Azerbaijan and other partners at the mediation of the Russian side. We are currently waiting for a reaction”, he said, adding that he cannot release further details. “I can only say that they are deriving from the concept constantly voiced by the government and the prime minister on the withdrawal of troops in mirrored fashion and the creation of additional security mechanisms”, he said.

Mirzoyan also informed that the aforementioned package has also been presented to the Security Council.

13:12, 05.10.2022
2500 views Armenia’s proposals handed over to Azerbaijan in Brussels include also status, security of Artsakh – Ambassador-at-large