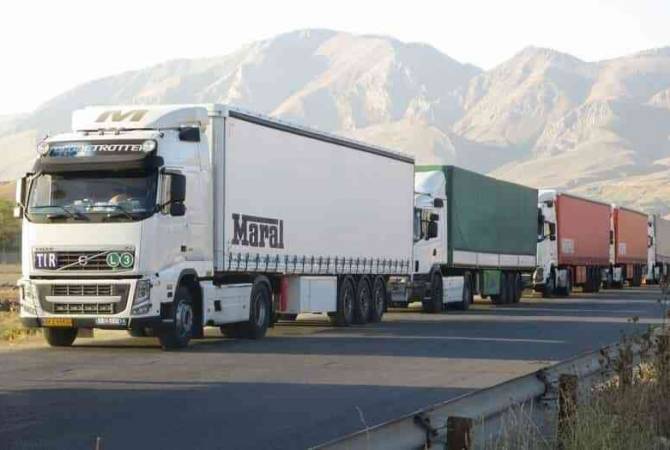 
YEREVAN, JANUARY 19, ARMENPRESS. State Revenue Committee Chairman Rustam Badasyan presented the functions of the Armenian customs checkpoints which are located on the section of the Azerbaijani-controlled road and spoke about the effectiveness of the alternative road.

Speaking to reporters, Badasyan noted that Armenian customs officers are carrying out certain functions on the Azerbaijani-controlled section of the Goris-Kapan road because theoretically Iranian cargo vehicles could travel via that part.

“Because Armenian vehicles haven’t passed through that section at all, no functions are carried out in that regard. If there is a theoretical possibility that vehicles could pass there, then customs control must be enforced,” he said.

Badasyan said that Iranian cargo vehicles are mostly using the Syunik alternative road. He noted that there are some inconveniences for the drivers, and this has been discussed with Iranian colleagues. He said the alternative road has the same problems which the Goris-Kapan road has.

“In my assessment the cargo vehicles are passing, moreover the largest vehicles. I think if you’d follow the Ministry of Territorial Administration and Infrastructure, it is also speaking about a new road, and when commissioned the existing curvy roads will be bypassed near the village of Ltsen.”