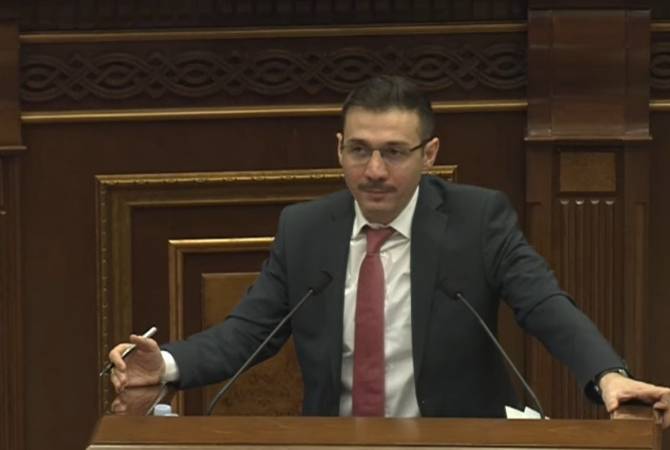 
YEREVAN, JANUARY 18, ARMENPRESS. Candidate for the position of deputy governor of the Central Bank Hovhannes Khachatryan, who is also a member of the CBA Board, assures that inflation in Armenia will be manageable during 2022 and will gradually decline within the year, coming to the targeted range.

In response Mr Khachatryan said that the 7.2% average inflation is for the whole year. “By having a little fluctuation in the currency market both against the dollar and other currencies, we have again been appreciated after depreciation almost on the same levels, even a little more than we had during the pre-crisis period. This component doesn’t exist in the inflation”, he said.

According to him, inflation is more contributed by the increase in prices of good and energy from the outside world. As for the domestic reasons of inflation, he stated: “We had a cut in economic potential as a result of the pandemic, the war, the sharp increase in mortality rate among the population and many other factors. When the economic potential is cut, inflation takes place sooner under the same demand, as a result of which we went out of the regime of expansionary fiscal policy”.