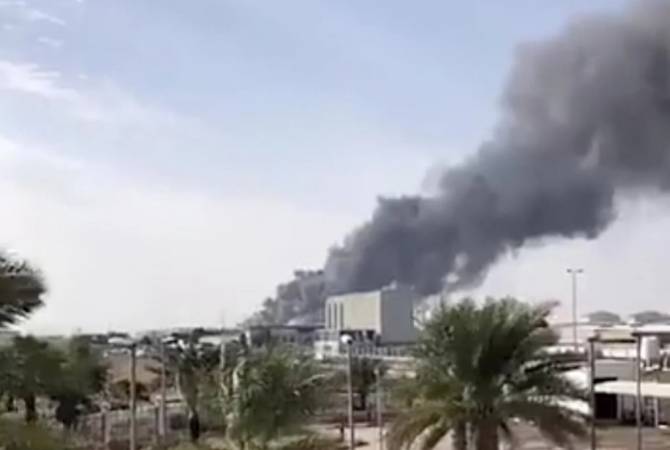 The Armenian president arrived to the UAE capital on January 14 on a working visit.

On January 17, three fuel trucks exploded, killing three people, and a fire broke out near Abu Dhabi airport on Monday in what Yemen's Houthi group said was an attack deep inside the United Arab Emirates, Reuters reported.

The Armenian president is currently in Dubai taking part in the Expo 2020 Dubai and his visit to the UAE is proceeding as scheduled, the presidency told ARMENPRESS.

“No changes have taken place regarding the President’s visit,” President Sarkissian’s advisor Hasmik Petrosyan said. “President Armen Sarkissian is currently in Dubai, taking part in the Expo 2020 Dubai,” she added.

Three people were killed and six wounded when three fuel tanker trucks exploded in the industrial Musaffah area near storage facilities of oil firm ADNOC, state news agency WAM said. It said those killed were two Indians and a Pakistani.

"Initial investigations found parts of a small plane that could possibly be a drone at both sites that could have caused the explosion and the fire," Abu Dhabi police said in a statement, adding there was no "significant damage".

The Houthi's military spokesman said the group launched a military operation "deep in the UAE" and would announce details in coming hours, Reuters reported.