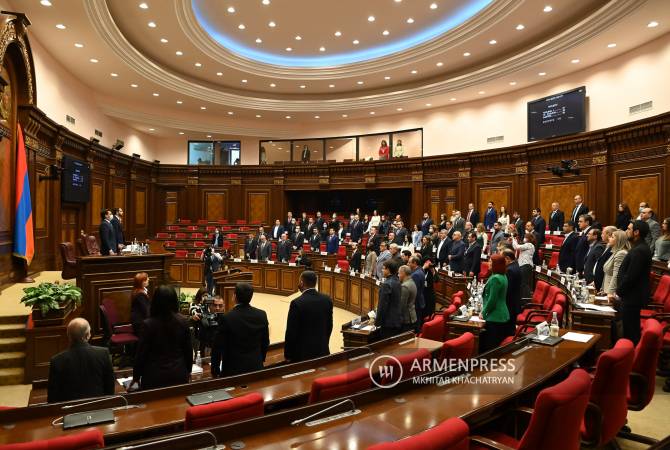 
YEREVAN, JANUARY 17, ARMENPRESS. Members of Parliament of Armenia held a moment of silence at today’s session in memory of the three Armenian soldiers who were killed as a result of the Azerbaijani attack on January 11.

The respective proposal was made by the opposition “Armenia” faction MP Andranik Tevanyan.

11:29, 05.19.2022
2647 views U.S. recognizes role of population of Nagorno-Karabakh in deciding its future–Ambassador Tracy’s interview to ARMENPRESS