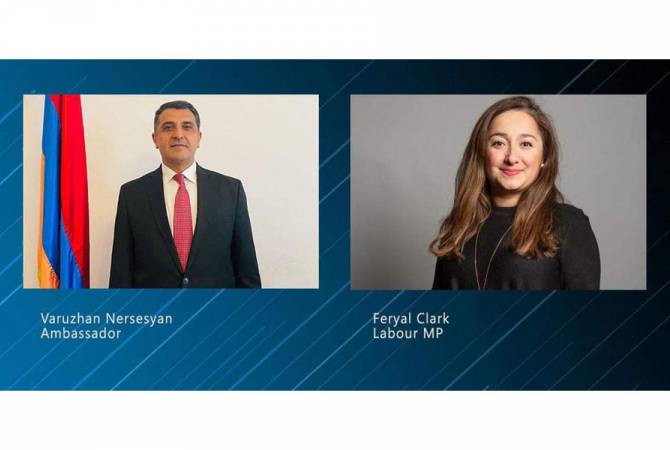 Ambassador Nersesyan thanked MP Clark for supporting pro-Armenian initiatives and noted that he will actively work in a number of directions, and from this perspective the lawmakers’ support at the UK Parliament will be invaluable.

Mentioning that she considers herself a friend to Armenia and the Armenian people, MP Feryal Clark said she is ready to get maximally involved in initiatives relating to Armenia.

11:29, 05.19.2022
2973 views U.S. recognizes role of population of Nagorno-Karabakh in deciding its future–Ambassador Tracy’s interview to ARMENPRESS