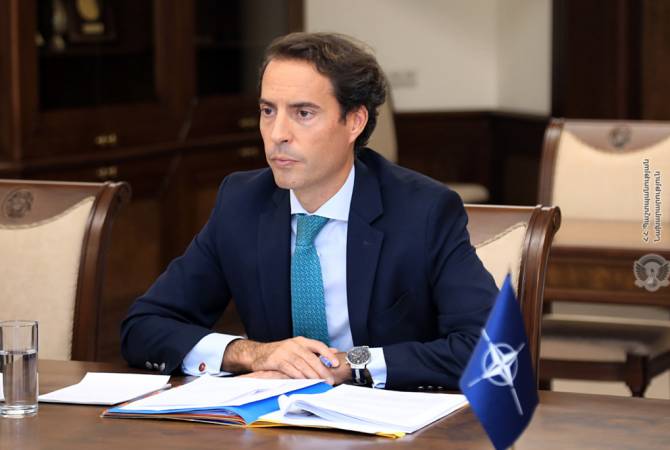 NATO welcomes today’s meeting in Moscow between the special envoys of [Armenia and Turkey]. NATO supports the normalisation of their relations, which will help in bringing stability to the region, and we encourage Ankara and Yerevan to make further efforts”, NATO Deputy Assistant Secretary General for Political Affairs & Security Policy and Special Representative for the Caucasus & Central Asia Javier Colomina tweeted on January 14.

16:31, 06.30.2022
1942 views Statements of Turkish officials that they coordinate the process with Azerbaijan are strange – Armenia’s Special Envoy