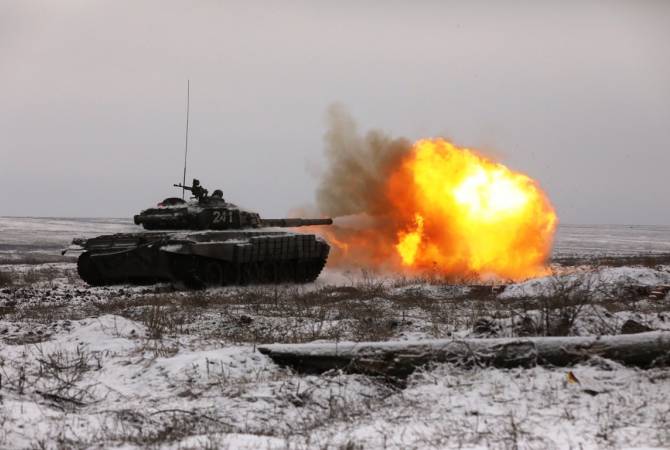 
YEREVAN, JANUARY 15, ARMENPRESS. More than 1500 servicemen of tank units of the Russian Armed Forces are holding live-fire exercises in the numerous training grounds of the Southern Military District, including in the Russian military base of Armenia, in South Ossetia, Crimea, Dagestan, Adigea, Ingushetia and elsewhere.

Tank crews are also developing combat and defensive tactics for nighttime and daytime.

The “combat harmonizing” process of the tank platoons will continue until February 2022, the Russian military said.