Meeting of special envoys of Armenia, Turkey was an important step forward – EU urges to continue the process 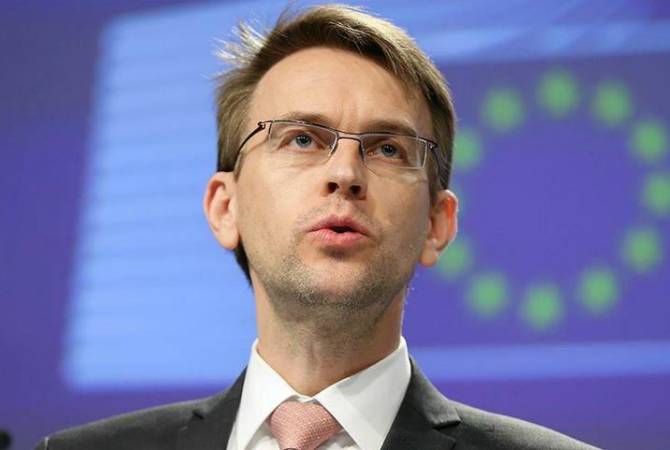 
YEREVAN, JANUARY 14, ARMENPRESS.  The EU welcomes the willingness of Armenia and Turkey to work for the normalization of relations between the two countries and the appointment of special envoys for that purpose, ARMENPRESS reports lead spokesperson for the external affairs of the EU Peter Stano announced.

“The EU welcomes the willingness of both Turkey and Armenia to work on the normalisation of relations between the two countries and the appointment of Special Envoys for this purpose.

The first meeting of the Special Envoys this Friday was an important step forward and the European Union encourages both Turkey and Armenia to make further efforts in this regard.

Any further concrete steps towards the normalisation of relations would be good news for regional stability and prospects for reconciliation and economic development.