Pashinyan, Aliyev will have some kind of interaction during informal summit of the CIS countries | ARMENPRESS Armenian News Agency

Pashinyan, Aliyev will have some kind of interaction during informal summit of the CIS countries 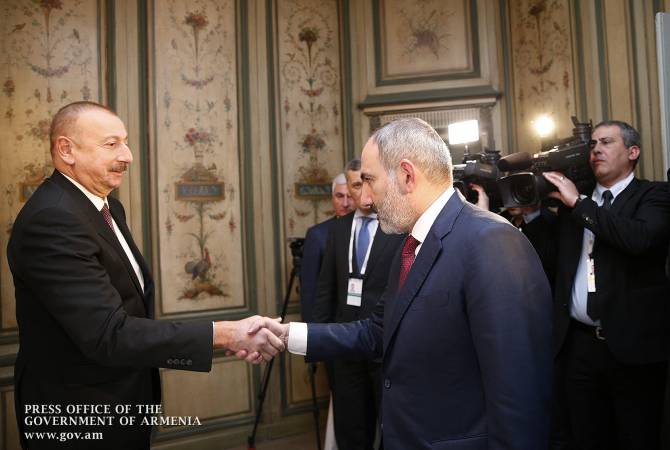 
YEREVAN, DECEMBER 24, ARMENPRESS. Prime Minister of Armenia Nikol Pashinyan will take part in the informal summit of the CIS countries in St. Petersburg, during which he will have interaction with the president of Azerbaijan Ilham Aliyev, ARMENPRESS reports Prime Minister of Armenia NIkol Pashinyan said in an online press conference, answering the question if there are opportunities for a meeting with Aliyev during that summit.

"That summit is scheduled on December 28, yes, I will participate. At the moment, there is no offer for an official bilateral meeting, but there will be interactions with the president of Azerbaijan. We have not received an offer of official negotiations at this moment. The summit is informal, therefore, the contacts are also informal”, Pashinyan said.