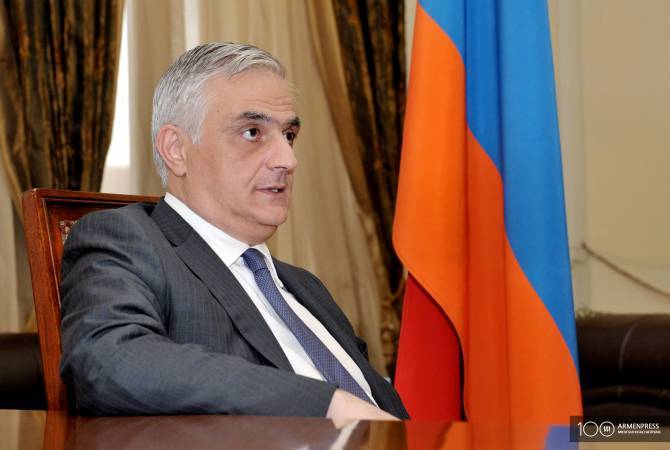 
YEREVAN, DECEMBER 8, ARMENPRESS. The trilateral working group on unblocking transport communications discusses issues over roads that are exclusively within the framework of the jurisdiction and sovereignty of the countries they pass through, ARMENPRESS reports Deputy Prime Minister of Armenia Mher Grigoryan said during the parliament-Cabinet Q&A session, answering the question of MP Gegham Nazaryan from “Armenia” bloc.

“The roads that will pass through the given countries and around which we are holding discussions, will be under the jurisdiction of the given country, will be subject to the rules of the sovereignty of the given country. This is an important part of our work, and we discuss issues up till now in the framework of the above-mentioned”, Grigoryan said.

According to the Deputy PM, the second task of the working group is connected with the solution of technical issues of the infrastructures. Grigoryan noted that as for the railway, there are quite identical approaches, since the talks are about the Yeraskh-Horadiz railway.