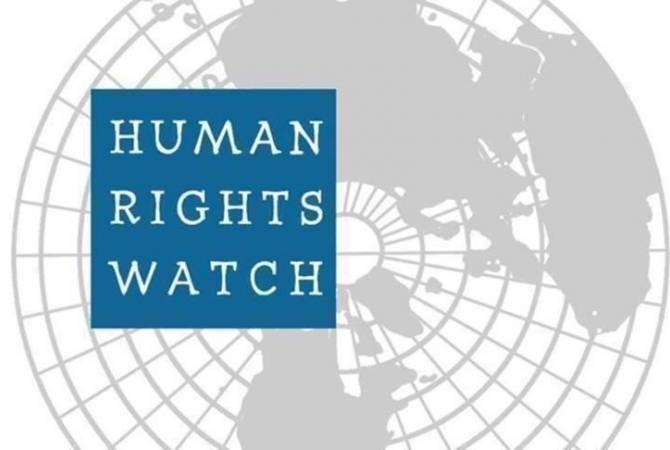 
YEREVAN, DECEMBER 4, ARMENPRESS. Azerbaijani police violently dispersed a peaceful protest in central Baku on December 1, 2021, and detained dozens of protesters. Among those detained was an opposition leader, Tofig Yagublu, Human Rights Watch said in a statement.

“Azerbaijani authorities have yet again demonstrated brazen contempt for people’s right to hold peaceful protests and used violence to quash dissent,” said Giorgi Gogia, associate Europe and Central Asia director at Human Rights Watch. “The authorities should conduct a prompt, impartial, and thorough investigation into law enforcement’s conduct and hold those responsible for abuses to account.”

Tofig Yagublu, who sustained multiple injuries in police custody, said police severely beat him while videoing him and demanding that he say on camera that he would stop criticizing Azerbaijan’s leadership.

“Yagublu’s horrific mistreatment was an attack on both an individual and the right to peaceful assembly,” Gogia said. “Given Azerbaijan’s poor record of addressing police abuses, the authorities need to ensure an effective, impartial investigation and hold to account those responsible.”

11:29, 05.19.2022
3148 views U.S. recognizes role of population of Nagorno-Karabakh in deciding its future–Ambassador Tracy’s interview to ARMENPRESS