At Erdoğan’s request, Putin presents the results of a trilateral meeting in Sochi 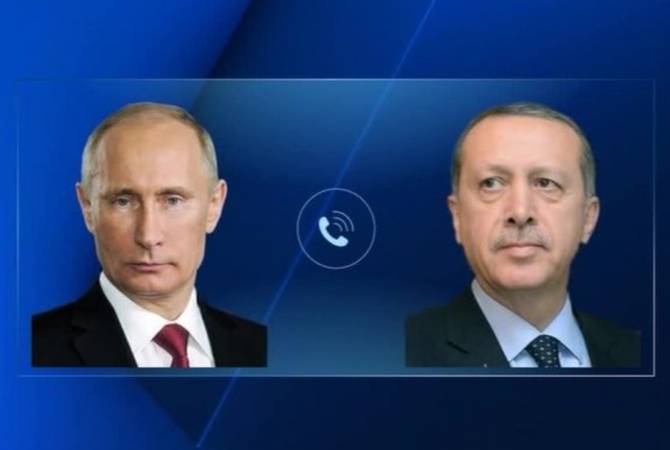 
YEREVAN, DECEMBER 3, ARMENPRESS. On the initiative of theTurkish sideRussian President Vladimir Putin and Turkish President Recep Tayyip Erdoğan had a telephone conversation, during which, among other issues, they discussed issues related to the Nagorno Karabakh conflict, as well as the situation on the Armenian-Azerbaijani border, ARMENPRESS was informed from the press service of the Kremlin.

It is noted that at the request of the Turkish President, Vladimir Putin informed about the main results of the trilateral meeting of the leaders of Russia, Armenia and Azerbaijan in Sochi on November 26, dedicated to the anniversary of the signing of the November 9, 2020 declaration on Nagorno Karabakh.

“It is important that Baku and Yerevan confirmed readiness to cooperate in the context of ensuring stability in the region, as well as the establishment of demarcation and delimitation mechanisms between the two countries was confirmed during the talks. In addition, the parties are committed to resolving practical issues for restoring trade, economic and transport links.

Recep Tayyip Erdoğan stressed the importance of the Russian Federation's mediation role and called for further coordination of efforts, including using the opportunities of the Russian-Turkish Center for Ceasefire Control”, reads the statement.