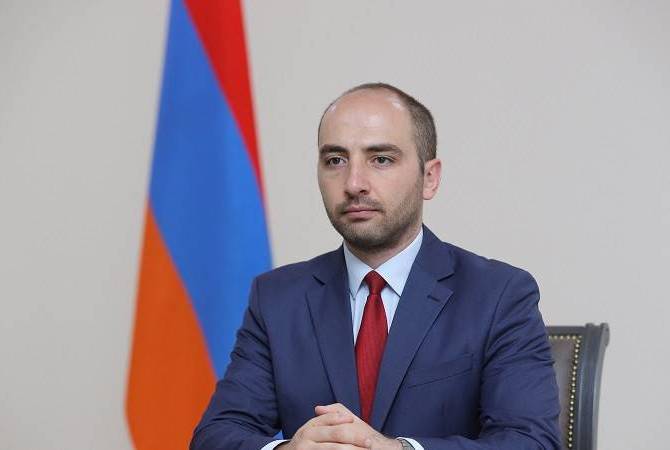 “While carrying out agricultural work near the Chartar community of the Martuni region of Artsakh, Seyran Sargsyan, a resident of Chartar, was captured and deliberately killed by Azerbaijani units on December 3.

We strongly condemn and consider the killing of a civilian by the Azerbaijani Armed Forces in gross violation of international humanitarian law inadmissible.

It is noteworthy that the attacks and acts of terrorism against the Armenian civilian population of Artsakh become systemic, which is the result of justifying previous similar crimes committed by the Azerbaijani Armed Forces with baseless motives by Baku, which leads to a recurrence of such behavior.

The recent atrocities committed by the Azerbaijani armed forces against the civilian population of Artsakh are a continuation of the Azerbaijani authorities' policy of anti-Armenianism, eviction and ethnic cleansing of Artsakh, which once again proves that guaranteeing the physical security and right to life of Artsakh Armenians is impossible under Azerbaijani jurisdiction.

Properly investigating this and previous attacks on civilians and bringing the perpetrators to justice can create the preconditions for preventing similar crimes in the future”.