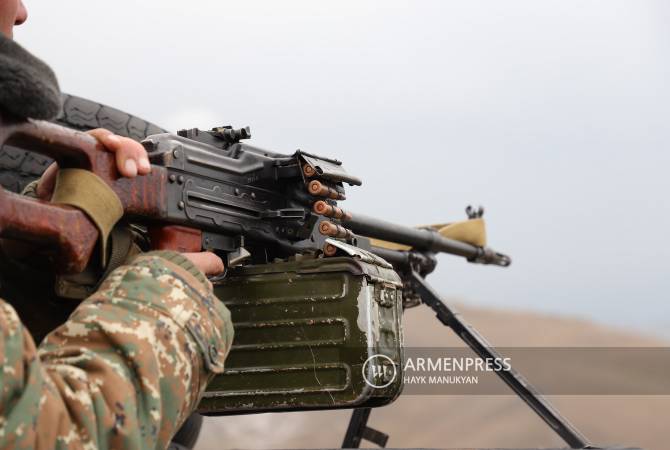 
STEPANAKERT, DECEMBER 2, ARMENPRESS. The Azerbaijani military opened gunfire from positions deployed in the direction of Karmir Shuka in Artsakh’s Martuni region on December 2, at around 10:30.

Stepanyan said that according to clarifications the shooting was heard in the community’s residential section, and the bullets passed through the gardens of the residents.

No victims or material losses were recorded in the shooting.

“Violating the ceasefire regime under the trilateral statement and the high-level agreements, Azerbaijan continues criminal actions against the rights of the people of Artsakh, encroaching first of all against the peaceful population’s right to life and psychological and physical inviolability. Since the establishment of the ceasefire we’ve numerously said that with such criminal actions the Azerbaijani side seeks to terrorize the people living in Artsakh and achieve exodus of Armenians from Artsakh through developing an atmosphere of fear and despair,” Stepanyan said.

The ombudsman added that the immediate withdrawal of Azeri troops from the vicinity of peaceful settlements and the introduction of mechanisms for impartial investigations of ceasefire breaches is highly necessary to suppress and rule out the repetition of the Azeri crimes and protect the safety and rights of the Artsakh population.