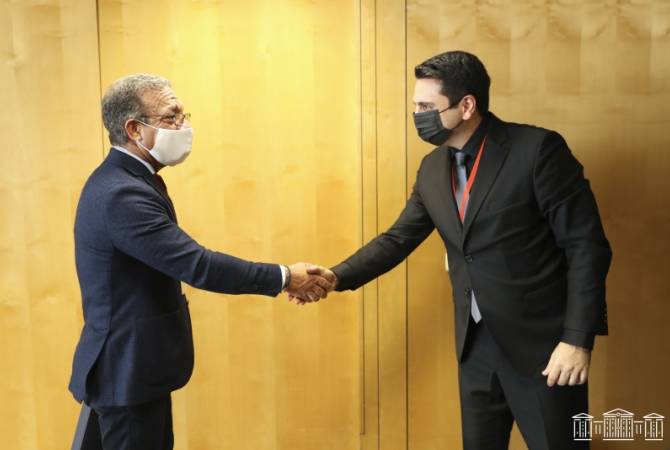 After exchanging greetings, the Parliament Speaker congratulated Duarte Pacheco on being elected the President of the Inter-Parliamentary Union.

Both sides discussed issues related to the protection of human rights in parliament of Armenia, the realization of fundamental human and citizen rights and freedoms, the representation of women and youth. Alen Simonyan informed that women make up 34% of the total number of the deputies in the National Assembly.

The President of the Inter-Parliamentary Union highly appreciated the representation of women in parliament, which exceeds the world average. He also highlighted the active political and civil representation of young people in the current processes in Armenia.

The President of the Inter-Parliamentary Union proposed Alen Simonyan to hold a forum of young parliamentarians in Armenia, which was approved by the Speaker.

Both parties recorded the active participation of the Armenian MPs in the work of the Inter-Parliamentary Union.