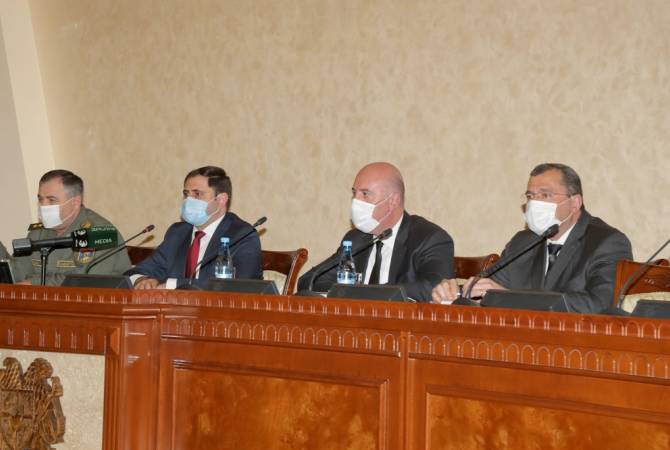 
YEREVAN, NOVEMBER 27, ARMENPRESS. Minister of Defense Suren Papikyan chaired a meeting with the leadership of the Armed Forces, the General Staff and the Ministry of Defense.

In his speech the Minister of Defense attached importance to the continuity and effective course of the ongoing large-scale reforms in the military and assured that the country’s political leadership is resolute in supporting any necessary step for increasing the combat readiness of the armed forces.

At the same time Minister Papikyan demanded maximum efforts for resolving the disciplinary problems in the armed forces. He attached importance to raising the appeal of military careers, as well as emphasizing the government’s care towards officers. Papikyan expressed certainty that significant steps will be taken in this direction in the nearest future.

At the end of the meeting Minister Papikyan issued relevant instructions regarding active-service duty, solution of current issues and upcoming programs.