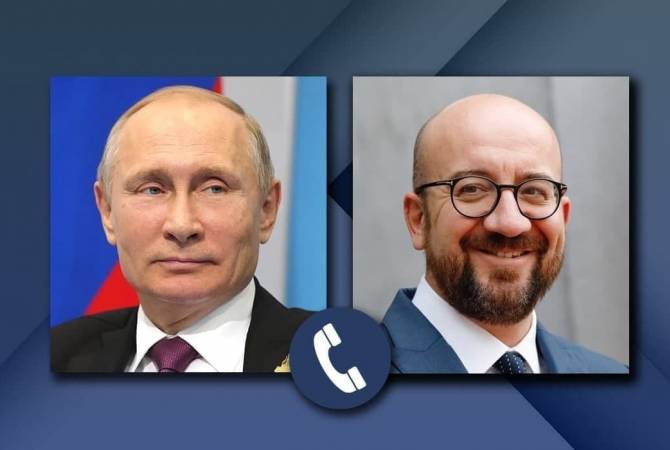 “At the request of Charles Michel, Vladimir Putin informed about the steps taken for the implementation of the trilateral agreements of November 9, 2020 and January 11, 2021 on Nagorno Karabakh, including the establishment of peaceful life and the restoration of economic and transport communications in the South Caucasus. These are the issues to be discussed during the meeting of the Presidents of Russia, Azerbaijan and the Prime Minister of Armenia in Sochi on November 26”, reads the statement issued by the Kremlin.

Other international issues were discussed during the telephone conversation, in particular, the Ukrainian, Afghan and Lebanese issues, the situation on the border with Belarus.