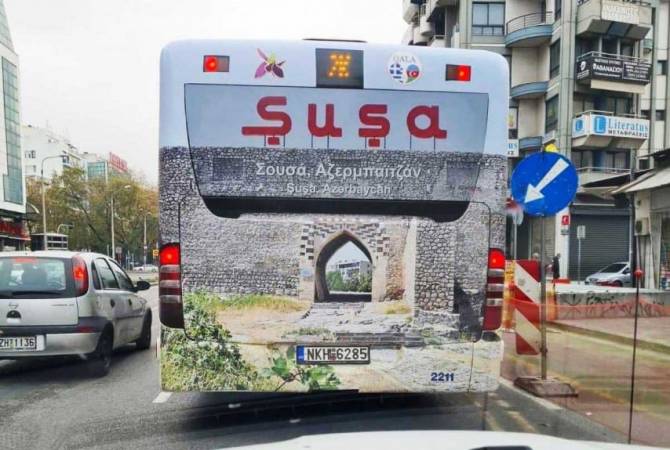 
YEREVAN, NOVEMBER 24, ARMENPRESS. An Azeri propaganda effort to falsely depict the Armenian town of Shushi as Azerbaijani was swiftly removed by Greek authorities after a public bus in Thessaloniki was seen with an advertisement promoting the Azeri occupation of the Armenian city.

The Greek City Times newspaper described it as “The Bus Of Shame.”

The newspaper reports that the Armenian community asked the Thessaloniki city authorities to remove the advertisement, “which was done without hesitation.”

“Although the advertisement has been removed, it does bring into question why it was ever allowed to be displayed,” the newspaper added.