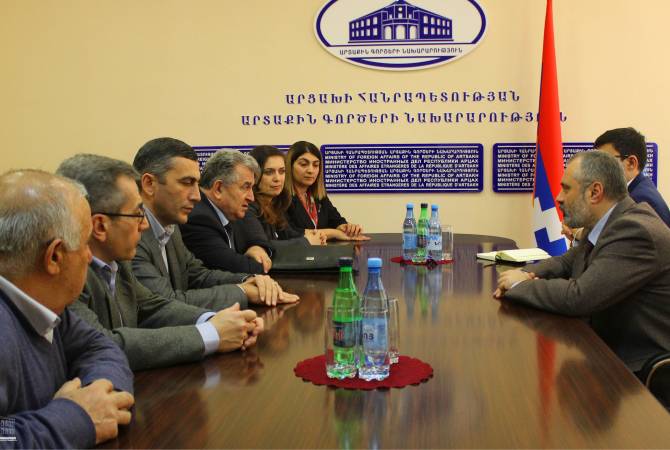 As ARMENPRESS was informed from the press service of Artsakh’s Foreign Ministry, issues related to the settlement of the Azerbaijani-Karabakh conflict, foreign policy, regional and state-building processes were discussed during the meeting.

The Foreign Minister noted the importance of the scientific potential in foreign policy in terms of deeper analysis of geopolitical processes and peculiarities of different countries and regions. In this context, the cooperation with Armenia’s National Academy of Sciences and its relevant structures was evaluated.

Deputy Foreign Minister of the Republic of Artsakh Felix Khachatryan also participated in the meeting.