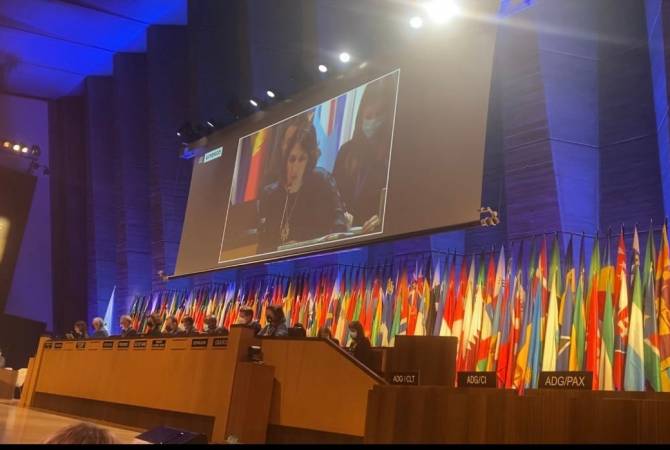 
YEREVAN, NOVEMBER 18, ARMENPRESS. For the first time Armenia was elected as member of the UNESCO Executive Board for the period of 2021-2025, the foreign ministry said in a statement.

The elections were held during the 41st session of the UNESCO General Conference in Paris.

Four countries were nominated for the three positions allocated in the elections: Armenia, Lithuania, Ukraine and Azerbaijan.

Armenia captured the first place with 146 votes as a result of the closed voting and was elected member of the Board.

This is the first time Armenia is elected member of the UNESCO Executive Board since its membership to the organization in 1992.

Acting under the authority of the General Conference the Board examines the programme of work for the Organization and corresponding budget estimates submitted to it by the Director-General.

It consists of 58 Member States each with a four-year term of office.