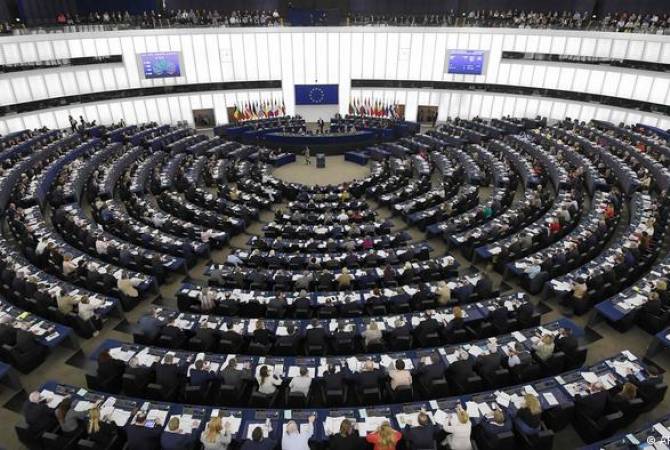 “We are seriously concerned by yesterday’s heavy fighting, which followed the recent increase in tension on the border between Armenia and Azerbaijan. The military operation launched by Azerbaijan in response to alleged provocations amounts to the worst violation to-date of last year’s 9 November ceasefire agreement, leaving an as yet unconfirmed number of killed, wounded and captured soldiers. We urge the rapid de-escalation of the situation and welcome the engagement of European Council President and the reported Russian-mediated ceasefire. We reiterate that any possible disagreements about the border must be addressed through negotiations in a border delimitation and demarcation process, not through the use of force and unilateral actions. We condemn any attempts at “borderisation”, as observed since the incursion of Azerbaijani troops into Armenian territory on 12 May. We support and call for the opening of economic and transport connections as foreseen in the 9 November ceasefire agreement, which would be highly beneficial for the entire region. This includes the connection between the western regions of Azerbaijan and the Nakhchivan Autonomous Republic. To succeed, the parties should follow the text of the agreement and avoid a too extensive interpretation. Moreover, we are concerned by reports of hindered traffic on roads that connect Armenian towns and villages through Azerbaijani territory and believe that such behaviour contradicts the spirit of this agreement and unduly hampers the lives of local citizens. We also regret that despite numerous calls from the international community, including the European Parliament resolution of 20 May 2021, many Armenian detainees held in connection with the conflict have yet to be released, and we renew our appeal to the Azerbaijani authorities on this issue. We also reiterate our call to exchange all up-to-date maps of minefields to permit civilians to return to former conflict regions Once again, we recall the EU’s commitment to support confidence-building measures and to address any issues at the negotiating table, in particular through the resumption of negotiations on a lasting conflict settlement and the future status of the Nagorno-Karabakh region in the process led by Minsk Group Co-Chairs," the MEPs said in the statement.