Intl. community should not remain indifferent to Azerbaijan's encroachments on sovereign territory of Armenia –Pashinyan 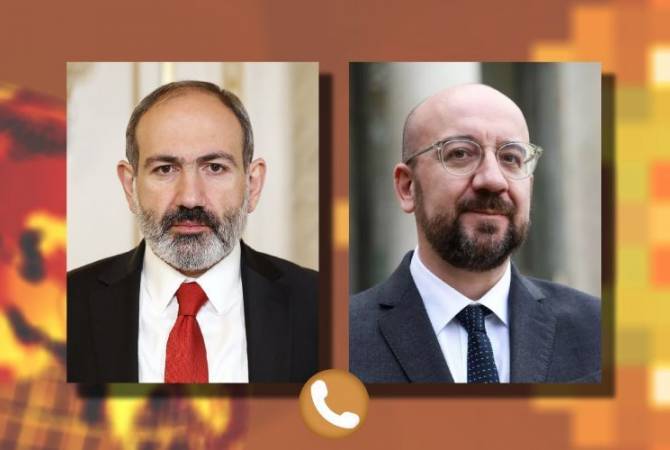 
YEREVAN, NOVEMBER 16, ARMENPRESS. Prime Minister of Armenia Nikol Pashinyan had a telephone conversation with the President of the European Council Charles Michel on the latter's initiative, ARMENORESS was informed from the Office of the Prime Minister.

The interlocutors discussed the situation on the Armenian-Azerbaijani border.

The President of the European Council expressed deep concern over the current situation and considered the further escalation of hostilities inadmissible.

The Prime Minister noted that the Azerbaijani authorities are deliberately aggravating the situation with the aim of thwarting the implementation of the agreements of November 9, 2020 and January 11, 2021. Nikol Pashinyan noted that the international community should not remain indifferent to Azerbaijan's encroachments on the sovereign territory of Armenia.