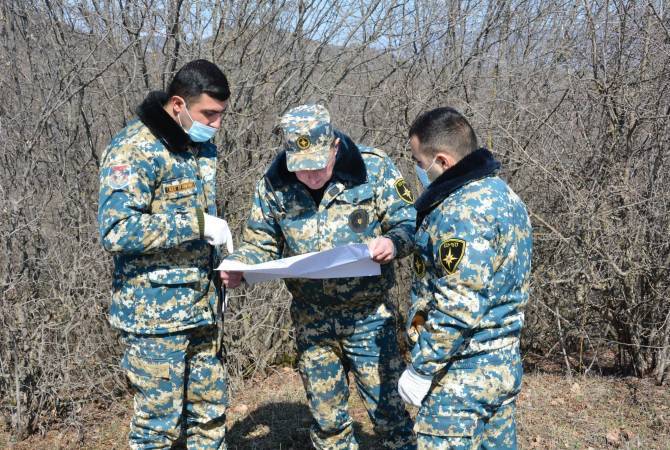 
YEREVAN, NOVEMBER 13, ARMENPRESS. The search operations for the bodies of servicemen, civilians, killed during the 2020 Artsakh War, have been stopped since October 18, Head of the Department of Information and Public Relations at the Artsakh State Emergency Service Hunan Tadevosyan said in a statement on social media.

A total of 1697 bodies have been found during the search operations, which started immediately after the end of the war and lasted for a year, he said.

“On November 13, 2020, the process of searching for and exchanging the bodies started in Shushi in accordance with the agreement reached with the Russian peacekeeping forces, the ICRC mission and the Azerbaijani side, and with the practical participation of the State Emergency Service of Artsakh. On that day, for the first time, Armenians and Azerbaijanis met face to face and negotiated around the exchange of the bodies of the dead servicemen”, he said.