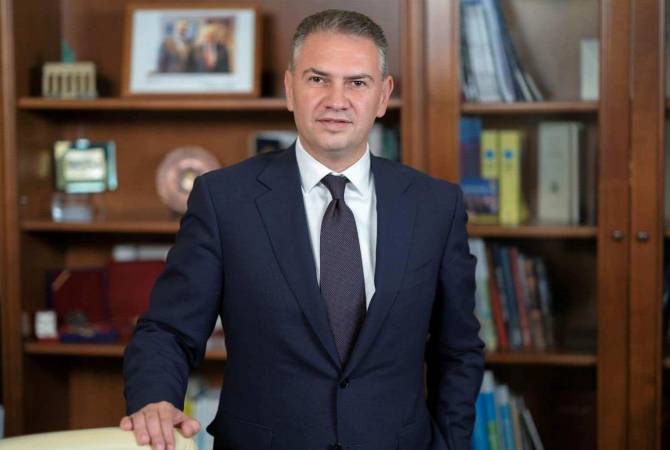 
YEREVAN, NOVEMBER 13, ARMENPRESS. Vice-President of Romania’s ruling National Liberal Party, vice-chair of the foreign affairs committee of the Chamber of Deputies Ben Oni Ardelean made a post on social media on the occasion of the 1st anniversary of the 2020 November 9 trilateral statement relating to the ceasefire in Nagorno Karabakh.

“The war with direct and indirect involvement of some regional and external actors has left thousands dead soldiers and civilians, tens of thousands displaced people, dozens of prisoners of war and civilian detainees. As a result of the war many historical and religious monuments in Nagorno Karabakh including those that are considered as significant Christian heritage sites have been destroyed, damaged or still remain in danger.

Being convinced that a peaceful resolution of the Nagorno Karabakh conflict has no alternative, all sides should resume political dialogue under auspices of the OSCE Minsk Group Co-chair countries, the only internationally agreed mediation format. Thus, I encourage the efforts of the Romanian side supported by ten European Union member states to induce Brussels to play a more active role in the South Caucasus, especially oriented on the immediate resolution of the humanitarian consequences of the last year hostilities”, the MP said.

19:52, 06.24.2022
2486 views The Chinese Ambassador to Armenia attaches importance to cooperation with Shirak Province in various fields