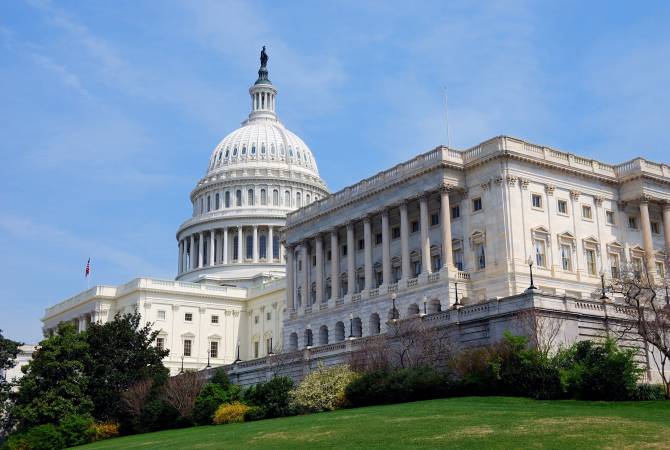 The amendment (#4177) is one of three amendments to the Senate version of the National Defense Authorization Act (NDAA) that deals with U.S. aid to Azerbaijan as well as Azerbaijani and Turkish war crimes committed against Artsakh and Armenia during the 2020 war.  The amendment removes all references to presidential waiver authority of Section 907, a provision first put in place in 2001, and utilized by successive U.S. presidents – including President Biden, even in the wake of Azerbaijan’s 2020 brutal aggression against Artsakh in Armenia. Since 2016, the U.S. has provided over $120 million in U.S. military assistance to Azerbaijan, in the face of objections by Members of Congress and the ANCA, which has long raised alarms about the Aliyev regime’s belligerence in region.

Senator Menendez also offered a second amendment (#4150) to the NDAA which calls for a joint State Department and Defense Department report on Turkey’s use of U.S. technology in its Bayrakdar drones, with a special focus on whether their sale to third countries, like Azerbaijan, violates U.S. export laws.  The ANCA has identified a number of U.S. parts used in Bayrakdar drones that targeted Artsakh and Armenian civilians during the 2020 Artsakh war.  In addition to the ANCA, Amendment #4150 also has the support of a coalition of ethnic, civic, and faith-based groups including the Hellenic American Leadership Council, American Friends of Kurdistan, the Hindu American Foundation, and the Middle East Forum.

A third amendment (#4251) introduced by California Senator Alex Padilla (D) calls for a joint State Department and Defense Department report, in response to Azerbaijani war crimes during the 2020 Artsakh war, including the use of U.S. technology during the attacks; the use of white phosphorous, cluster bombs, and other prohibited munitions; and the hiring of foreign mercenaries.

“We thank Senators Menendez and Padilla for their principled leadership in holding Azerbaijan and Turkey accountable,” said ANCA Executive Director Aram Hamparian. “We are working – in Washington, DC and across each of our fifty states – to secure the adoption of their ANCA-backed amendments enforcing Section 907, investigating Azerbaijani war crimes, and demanding answers about the U.S. parts discovered in the Turkish drones deployed by Azerbaijan against Artsakh.”