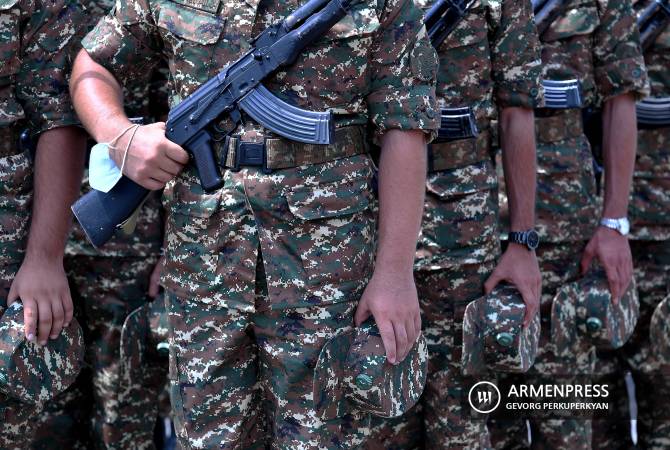 
YEREVAN, OCTOBER 28, ARMENPRESS. On October 28, at around 10:00, four servicemen of the Armenian Armed Forces sustained minor injuries due to careless handling of ammunition in a military position located in the eastern direction, the defense ministry of Armenia said in a statement.

The wounded servicemen have been immediately provided with first aid.

Investigation is underway to reveal the circumstances of the incident.