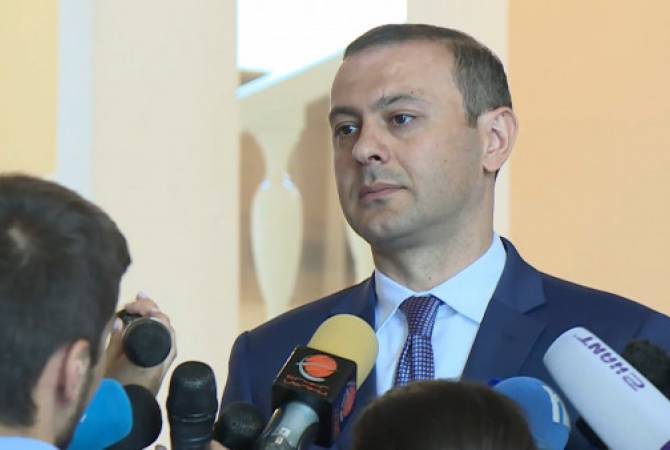 
YEREVAN, OCTOBER 28, ARMENPRESS. Armenia is ready for the delimitation and demarcation process with Azerbaijan, the Secretary of the Security Council of Armenia Armen Grigoryan told reporters after the Cabinet meeting, adding that one of the important approaches for this is the reciprocal “mirror-like” pullback of Armenian and Azerbaijani troops, the deployment of border guards of the two countries in the relevant territories and the launch of the delimitation and demarcation.

“We’ve announced that we are ready to start the delimitation and demarcation process, and we are waiting for a positive signal from Azerbaijan,” Grigoryan said, noting that Azerbaijan announced about this in the UN but the process isn’t advancing.

“Seemingly in September they made such an announcement in the UN, but we are unable to move forward in this regard. Regarding a precondition or something else, I find it difficult to say why Azerbaijan isn’t starting the delimitation and demarcation process,” Grigoryan said.

Grigoryan mentioned that in the Soviet years the first demarcation began in 1926-1927, and ended in 1929, and the basis for future maps was the map of these years. He said that the maps which should be placed at the basis of the talks have been discussed in the working group.