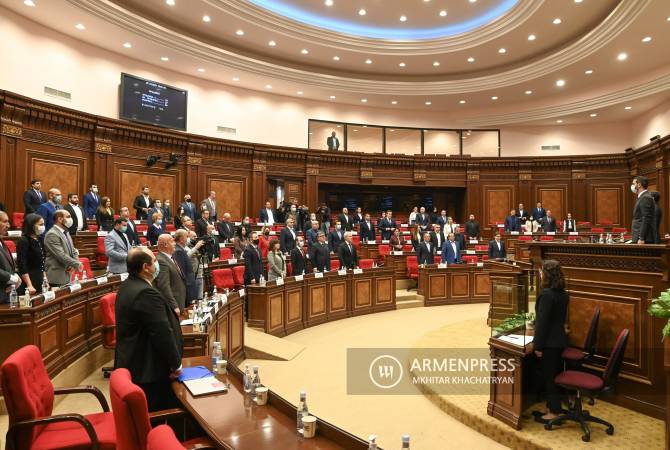 
YEREVAN, OCTOBER 27, ARMENPRESS. Lawmakers observed a moment of silence to commemorate the victims of the 1999 October 27 parliament shooting.

Vice Speaker Ruben Rubinyan proposed lawmakers during the session to hold the moment of silence.

22 years ago on this day, a group of five gunmen led by Nairi Hunanyan stormed into the parliament while it was in session and assassinated Prime Minister Vazgen Sargsyan, Speaker Karen Demirchyan, Deputy Speakers Yuri Bakhshyan and Ruben Miroyan, as well as three lawmakers and a Cabinet member. The gunmen held the remaining MPs in parliament hostage until surrendering to authorities the next day.