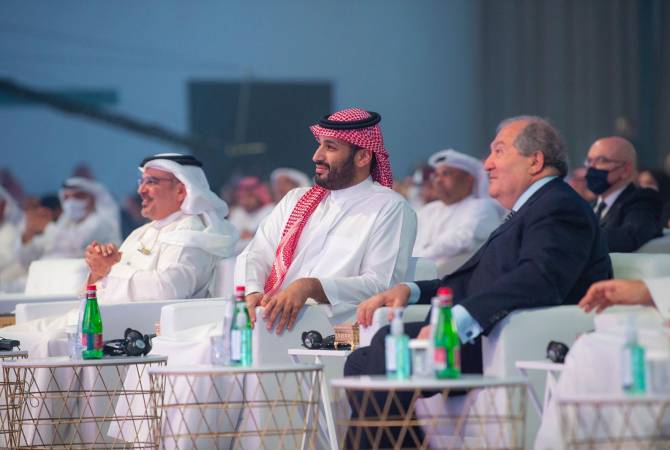 President Sarkissian arrived in Riyadh on October 27 in what his office described as a “historic” visit, as no diplomatic relations between the two countries exist and it being the first trip of an Armenian head of state to the Kingdom of Saudi Arabia.

He was greeted by Saudi Minister of State for Foreign Affairs Adel al-Jubeir at the airport.

On October 27 the Saudi Gazette released a video and pictures from the Future Investment Initiative Forum, showing Sarkissian seated next to Saudi Crown Prince, Deputy PM and Minister of Defense Mohammed bin Salman.

21:02, 12.01.2021
Viewed 2127 times Lavrov speaks about Russia's role in finding solutions to issues of dispute between Armenia and Azerbaijan