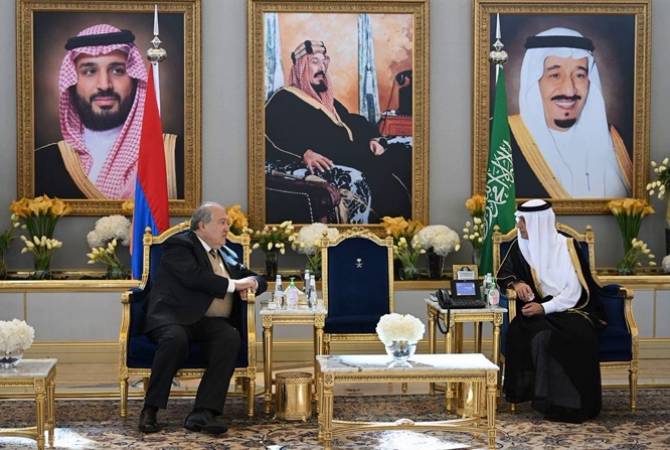 “This unprecedented event will definitely be a turning point in Armenia’s international relations. Under the condition of absence of diplomatic relations between Armenia and Saudi Arabia, when no Armenian official had ever visited that country since Armenia’s independence, the President of Armenia made a historical step, for the first time visiting that country, which has an exclusive importance in the Arabic and Islamic world”, reads the message released by the President’s Office.

At the airport in the capital of Saudi Arabia, Armenian President Armen Sarkissian was welcomed at the highest state level in the person of the Minister of State for Foreign Affairs of Saudi Arabia Adel al-Jubeir, and according to the official protocol, the state flag of the Republic of Armenia was raised at the airport.