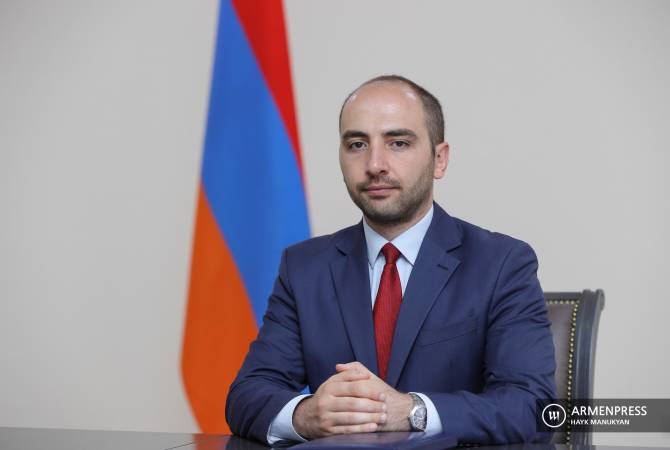 
YEREVAN, OCTOBER 23, ARMENPRESS. No meeting between Armenian Prime Minister Nikol Pashinyan and Azerbaijani President Ilham Aliyev is planned at the moment, Armenian foreign ministry spokesperson Vahan Hunanyan said, commenting on media reports. He said that there are proposals for different meetings in different formats which are at the discussion stage.

“I would like to state that the rumors spread by some circles on this topic are obviously provocative and have nothing to do with the reality. In order to orient correctly in the situation, I would advise to study the reports, claims, “revelations” before the trilateral meeting in Moscow on January 11, 2021, to get acquainted with the results and content of the meeting and then analyze to what extent the reports spread before the meeting were in accordance with the reality”, the MFA spokesperson said.

He reminded that Prime Minister Pashinyan has repeatedly stated that Armenia is ready to resume the high-level negotiations with Azerbaijan over the settlement of the Nagorno Karabakh conflict under the mandate of the OSCE Minsk Group Co-Chairmanship.

Since October 22 media outlets spread unconfirmed information according to which Russian President Vladimir Putin, Prime Minister of Armenia Nikol Pashinyan and President of Azerbaijan Ilham Aliyev are going to sign new trilateral statements on November 9 this year about the border demarcation and delimitation between Armenia and Azerbaijan, as well as the transportation and economic unblocking of the region.