Parliaments of Armenia and Slovenia to form friendship groups 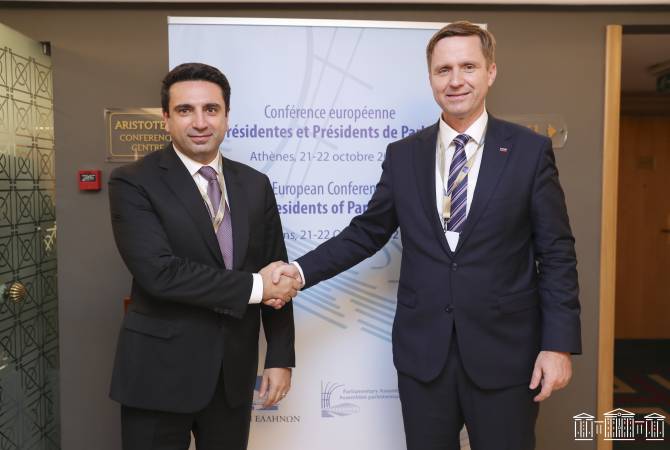 As ARMENPRESS was informed from the National Assembly, Alen Simonyan highlighted the friendly relations with Slovenia, the efficient cooperation between the legislative bodies of the two countries. In this context the interlocutors emphasized the necessity of deepening of cooperation, which will also contribute to the friendly close cooperation of friendship groups to be formed in the parliaments.

Alen Simonyan highly appreciated the balanced approach of Slovenia to the issue of Nagorno Karabakh, which supports the activities of the OSCE Minsk Group Co-Chairs and the EU's common position.

The President of the National Assembly expressed gratitude for the offer of humanitarian aid to Armenian soldiers who received shrapnel wounds during Karabakh war.

The parties discussed the prospects of cooperation in the framework of international organizations and European institutions.