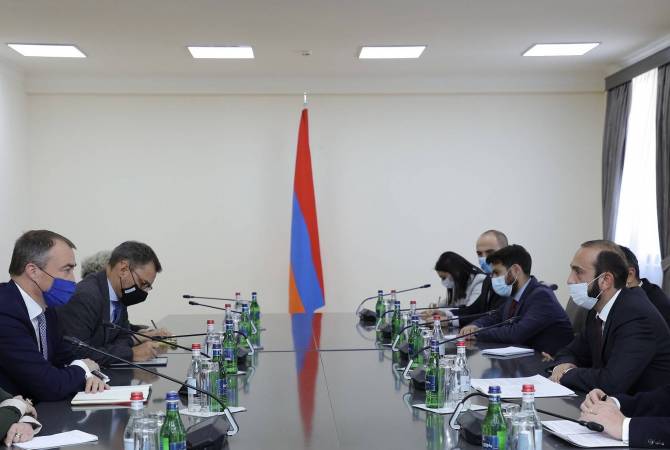 
YEREVAN, 21 OCTOBER, ARMENPRESS. Minister of Foreign Affairs of Armenia Ararat Mirzoyan on October 21 received Special Representative of the EU for the South Caucasus and the crisis in Georgia Toivo Klaar.

As ARMENPRESS was informed from the Ministry of Foreign Affairs of Armenia, Foreign Minister Ararat Mirzoyan and EU Special Representative Toivo Klaar discussed issues related to Armenia-European Union partnership emphasizing the importance of promotion of further efficient cooperation. The sides exchanged thoughts also about the works of forthcoming summit of Eastern Partnership.

The interlocutors discussed in detail the issues of regional security and stability.

Ararat Mirzoyan mentioned that despite many calls of the international community, Azerbaijan continues to keep hostage Armenian prisoners of war and civilian persons and emphasized the necessity of their immediate repatriation.